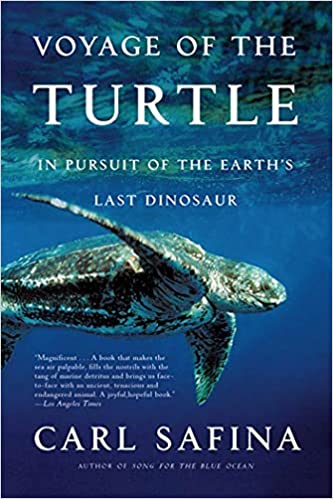 Voyage of the Turtle

Voyage of the Turtle is another great book by biologist and conservationist, Carl Safina. I had no idea turtles this size existed, they’re massive! Carl Safina tells their story of long lives, slow and steady travel across oceans covering distances so great that it is almost unfathomable, fortitude, strength, resilience and midnight treks from their home the ocean to the beach to lay eggs to birth another generation of these gigantic creatures. They’ve existed for millennia, surviving against all odds, only to be on the brink of extinction at the hands of humans. Safina manages to tell this heartbreaking story of these magnificent turtles with hope.